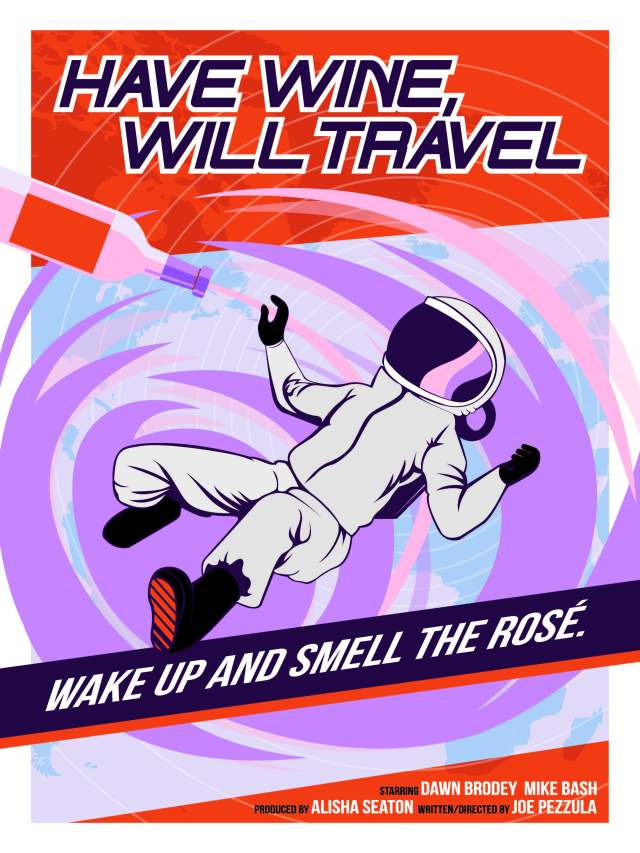 HAVE WINE, WILL TRAVEL

Joe wrote up a script in early 2017 about a person looking for an escape who encounters a scientist from the past. After a few drafts, he shared with Alisha Seaton. They’d been friends for over ten years, and worked together on Joe’s previous short film “Tarantula”. Alisha, ready to step into the producer role, signed up immediately, and so the process began. Primary production took place in October of 2017 with a pickup shoot in February of 2018. After a year of post-production that involved layers of visual effects and intense sound design, Have Wine, Will Travel is ready to hit the festivals in late 2019.

We have a trailer!! Check it out below. Our Cast & Crew/Wrap/Seed & Spark gratitude screening takes place in Los Angeles in December, we’ll post photos at that time.

We have a completed film in the bank! And now it’s time for film festival submissions. The first round of ten submissions have already been sent, so now begins the waiting and collecting of more festivals to choose to submit to. Thank you for continued support, and keep an eye on this page for future updates — like poster giveaways and links to special videos soon to come!

We created a SUCCESSFUL Seed & Spark campaign, raising $3,770 towards post-production and film festival submissions! Thank you to everyone who contributed!